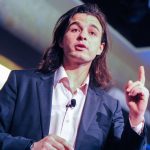 Crazy adventurer (or is he?) James Castrission on why and how we need to take more risks

James Castrission has paddled from Australia to New Zealand and walked to the South Pole. Off the back of that, he is now a small business owner himself, starting and running My Adventure Group. The life and business lessons he’s learnt from these two insane adventures are immense … and today he shares them with us so we too can build our beautiful businesses into the empires they deserve to be.

“We’re capable of a lot more than we give ourselves credit for. We’re like a hardcore 4WD just driving around the city streets not using anywhere near what it’s capable of!”

There’s loads more tips and insights just like this that will help you build that beautiful business of yours into the empire it deserves to be. Hit the PLAY button above to listen now, or subscribe free to hear the full interview.

It’s impossible to talk about James without mentioning his sidekick Jonesy. So … James is half the Cas and Jonesy duo who are two Aussie explorers constantly pushing the boundaries of human endurance.

On the 26th January 2012, they made history by completing the longest unsupported polar expedition of all time. In 100 years of polar exploration, no-one had EVER walked from the edge of Antarctica to the South Pole and back without assistance. Many had tried, none had succeeded. After 89 grueling days, they made it back to the coast after having skied 2,275km with everything they needed to survive in the harshest environment on Earth.

Four years earlier they Crossed the Ditch – paddling 3,318km without assistance across the Tasman Sea for another world first. They braved 10 metre swells, howling winds, endured severe food and sleep deprivation and adverse winds and currents. They became the first kayakers to cross the Tasman Sea as well as becoming the longest transoceanic double kayak expedition. Staggering upon the shores of New Zealand, the adventurers were sunburnt, bearded, underweight, and physically and mentally wasted…but most of all happy to be alive.

The boys are highly regarded as two of Australia’s premier public speakers and have written & produced four award-winning books and documentaries about their expeditions.

Cas is an avid rock climber, trail runner and when not on a big expedition can be found galavanting around the Blue Mountains where he resides. He is massively passionate about getting individuals outside and has guided trips all over the planet.

Here’s what caught my attention from my chat with James Castrission:

Here’s a peek inside James’s adventures:

Jingle of the Week – Franco Cozzo 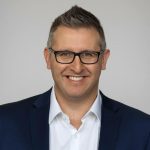 Scumbags Barber Shop is a polarising brand … but for those that love it, they wouldn’t go anywhere else 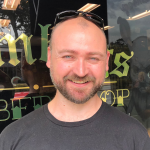